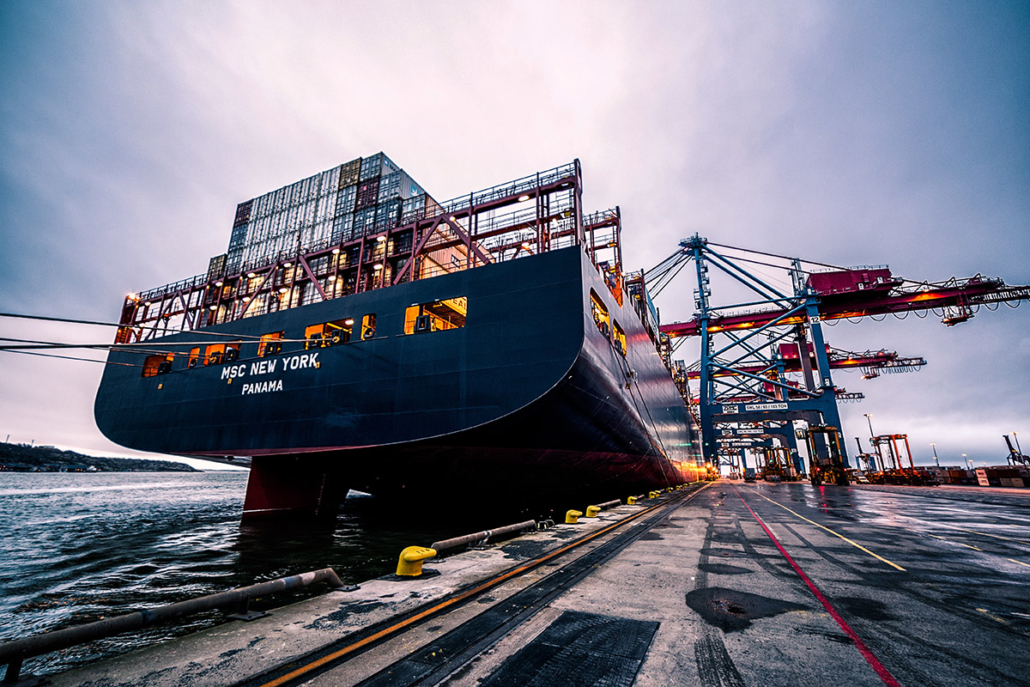 An Importers and Exporters Guide to Marine and Cargo Insurance

With the cost of permits, transport, agents and duties diminishing their bottom line, importers and exporters often need to cut costs wherever possible. There are means of minimising expenses in international trade. Comprehensive marine insurance should, however, never be an area of compromise as losses suffered in transit can be devastating.

Let’s have a look what every importer and exporter should understand about marine insurance, and why the right policy is such an important consideration with international trade.

International transport of goods automatically functions under the Marine Insurance Act, so called because historically international freight happened by ship only. Due to modern transport methods, including road, rial and air freight, a more correct term would be cargo insurance.

The Marine Insurance Act, first written in 1906, is periodically revised to accommodate modernisation of trade and governed by seven basic principles:

In any contract of marine insurance, both the insurer and the assured are expected to observe the rule of utmost good faith or uberrimae fidei by disclosing all material facts regarding the goods and their transport requirements to the other party. This includes any information likely to influence the judgment of the other party. Withholding of material facts is fraud and may lead to the disadvantaged party declaring the contract null and void.

A person or entity has an insurable interest in a shipment only if the complete or partial loss or damage thereof would cause a financial loss or other hardship.

The assured may not collect more than its own financial interest in property that is damaged or destroyed. In other words, a claim may not be over and above the declared value determined at the time of taking up the insurance policy. Depending on the conditions of the policy some profit margin may be included in the value of the goods based on the assumption that the assured will earn a profit when goods reach their destination.

In the event of a loss, the insurer may lay a subrogation claim against a third party who is proven to be at fault for the loss or damage. This happens after the assured has been compensated for damages as a means for the insurer to recover loss and will most likely be claimed from the insurer of the third party in question.

In determining the responsible party for loss or damage of goods, a court of law would not stop at the direct cause, but also consider determining factors that led up to an event or cause of loss.

In a claim where the same goods are partially insured by more than one insurer, the insurer who pays out for loss or damages may lay claim of funds from the other insurer(s) proportionate to the value covered by the respective policies.

With a formal notice of abandonment an assured party relinquishes or unconditionally surrenders all rights to the insured goods that, due to circumstance, cannot be retrieved. By doing so the assured enables the claim to be treated as an actual total loss.

The Institute of Cargo Clauses

Until the Institute Cargo Clauses were written, the three standard levels of marine insurance were ‘All Risks,’ ‘With Average,’ and ‘Free of Particular Average’. These standards were reviewed and replaced by Cargo Clause A, which effectively means all risk, Cargo Clause B, which is less comprehensive, and Clause C, which provides only minimal cover. An Institute of Cargo Clauses for Air was written to be a version of Clause A specifically worded for air freight, and explicit clauses exist to determine what would happen to insured cargo in times of war and strike. 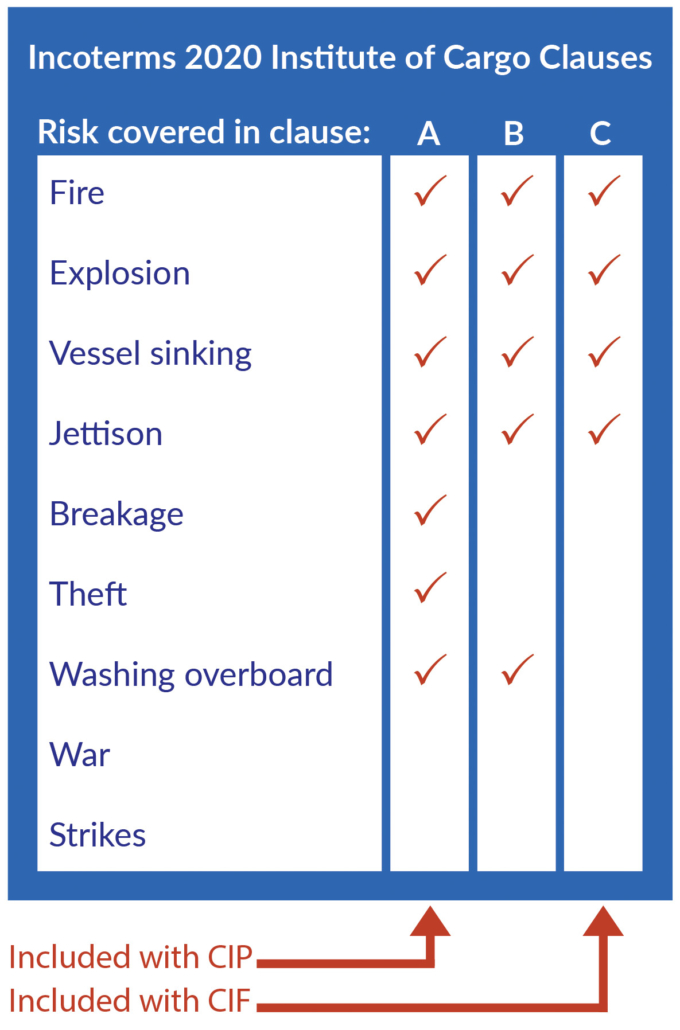 The rule of General Average

Defined by the York Antwerp rules 1994, the rule of general average acts as a guideline for the distribution of loss in an extreme event where cargo must be jettisoned in order to save the ship, crew, or the remaining cargo. It is a separate agreement from marine insurance that exists between the carrier and the owners of the cargo on board.

According to the rule of general average, the liability of cargo lost for the sake of protecting the rest of the shipment, must be proportionately distributed amongst all parties who have cargo on board, regardless of whether their goods were affected. This is also true of damage incurred to the ship itself. E.g. If machinery and stores belonging to the ship had to be jettisoned. If any efforts are made to retrieve lost cargo for the sake of minimising loss, or environmental impact, the cost of operations is also shared by all cargo holders.

Inexperienced exporters and importers often view insurance as a grudge purchase and opt for very basic cover at a low price in the hopes that nothing goes wrong. Although international transport is safer now than it has ever been, accidents, damages and resulting losses do happen. If a policy fails to cover a total or partial loss, would you or your company be able to take the financial strain of not only replacing the goods, but a contribution to general average as well? Bear in mind you’ll be suffering simultaneous losses due to the resulting delay in earning profits from a replacement shipment. If you cannot confidently say yes to this, compromising on insurance for the sake of cost is simply not a risk worth taking.

This being said, take time to shop around for the marine insurance policy best suited to your needs. More spend does not necessarily equate to better cover, so be sure to understand the underlying content of policies and not only use the premium as a point of comparison.

Opting to insure a shipment for less than its real value in order to keep marine insurance premiums down may sound like a good compromise at first. After all, if no claim is made you would have saved a lot. But what if you do claim. Will the financial blow warrant your saving? Likewise opting for a lower premium by increasing the deductible can cost you greatly in the long run.

The deductible, also known as the excess, stipulated by a marine insurance policy is the amount you or your company would have to pay upfront before the insurer can settle your claim. Driving premiums down by agreeing to a high deductible can save on immediate expenses. However, in the event of a claim due to loss or damaged goods, dealing with insufficient stockholding to drive profits and rush premiums on replenishment orders would already be a massive financial strain. Add to this the burden of paying a large deductible, and you may not be able to financially recover from the incident.

Be wary of using an incoterm which allows the other party to choose the marine insurance cover. The 2010 edition of CIP and CIF, as well as the updated 2020 Incoterms CIF only requires the seller to take out a very basic policy in line with Clause C of the Institute of Cargo Clauses, unless otherwise specified in the sales agreement. Also bear in mind the difficulty of claiming from an insurer working in a different country, currency, time zone and language than you.

Being the policy holder averts all these concerns and saves you paying duty on insurance costs the seller ads to your invoice. Most importers and exporters would agree that arranging international transport and insurance yourself is the safest way to do business.

The world of international trade can be daunting, luckily our friendly and knowledgably trade consultant are here to help you every step of the way from registering as an importer and exporter, to making sure your international shipment reaches its destination safely. 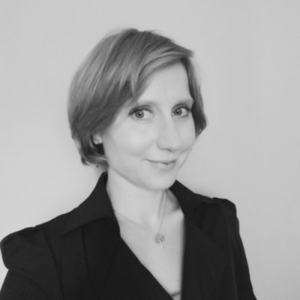 Identifying and transporting dangerous goods
Scroll to top
We rely on cookies to optimise our services and enhance your customer experience. For more information please see our Privacy Policy.
OK
Manage consent